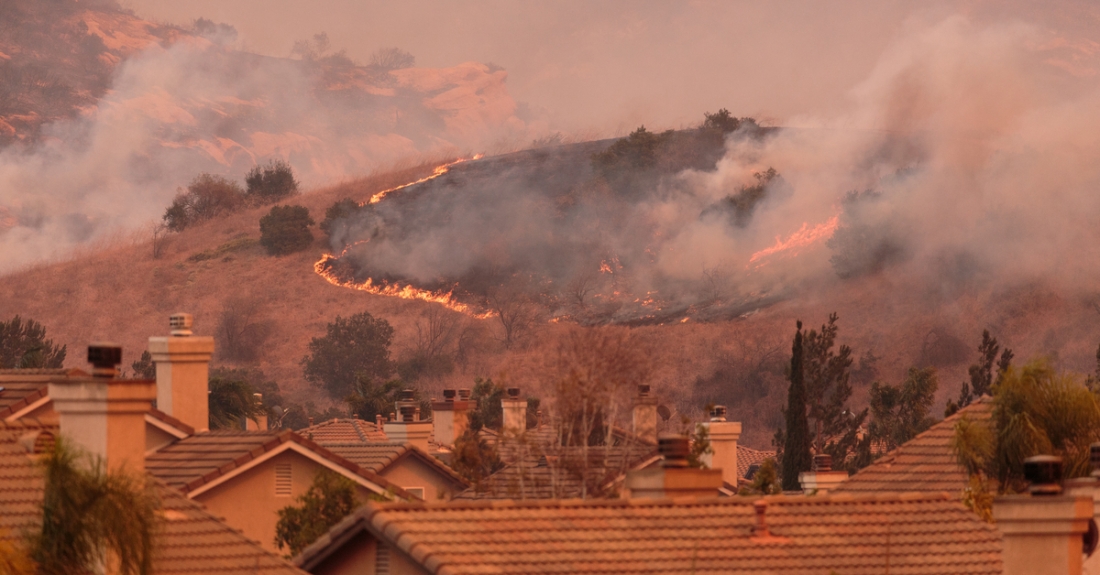 Deployed on the People

Deployed on the People

Smoke Particulates Suspended in the Air Can Cause

Some Health Effects of Microwave FIRES by Design

People over 65 and people who already have heart and

…Large populations will be exposed to smoke during a microwave fire attack. Certain life stages and populations are at greater risk of experiencing health effects, including people with respiratory or cardiovascular diseases, children and older adults, pregnant women, people of lower socioeconomic status, and outdoor workers.

enforcing all consequences of

The BAR (Rothschild CONtrolled) is in the

Solid smoke particles and liquid droplets suspended in air, known as particulate matter, with an aerodynamic diameter of 2.5 micrometers or smaller- can kill you.

One of my favorite channels is run by Mike Morales, who has a real passion for checking what is happening to our weather.

Here is the link to Mike Morales: https://www.youtube.com/channel/UCxHTJnQ8yqA3rjDwLemtAKA/about

Check out this short video:

Here is a transcript of what you are watching which is a total of 3:33 In Length:

“Hello, my name is El de Chico, I live in Golden Valley. And I understand that this is a federal issue. I understand that from speaking to the governor’s office, that they cannot or will not even make a statement about this. My question is, have you tested the rainwater? And if you haven’t, have you seen the results of our rainwater tests? And also, are you aware that many of the people sitting in this room right here have very high levels of barium, aluminum, and strontium, in their blood, people are getting sick and dying? And we want the ad aq, not just to give us a little speech today, but actually to maybe perhaps, speak out against it if you know what’s going on? And if not, I would suggest you do a lot more investigation. We’ve been doing it for years. So I’d like to comment on One, the rainwater, what’s in it, and Two, what’s in our blood, and if it’s not coming from geoengineering is your responsibility to investigate and tell us where it is coming from?”

“Thank you. Just get on to another question on the interview with the Los Angeles Times on April 21. You said that the you told The Associated Press that the American government has created weather tampering techniques so that the New World Order will be able to start millions of Americans and to control the rest.”

“Would you explain what you were trying to say?”

“Well, it what I was trying to say is exactly what I said. There is weather control techniques. We have a complete package on that which I did not bring that I certainly will see to it, that it is brought in for the record. Number one the entire patents on the equipment. Number two senator Claiborne Pells, complete statement and story of his own, that not only does it exist, but they will even utilize it as far back as a Vietnam War.”

“Yes, sir. And that’s my belief. As bizarre as that sounds. When if somebody had told me that that equipment even existed 10 years ago, I would have thought they were nuts sir. And at this point in time, we have all the documents to prove it. And if you think that 85 tornadoes takes place in the middle of our growing area, by simultaneous accident, I’m sorry, with the equipment that’s already set up internationally. And as bizarre as that is, it is proven and documented, we will supply you with those documents. As bizarre as that is, I would say that whether wars and this is quoting actually senator Claiborne Pell himself, that they are the greatest weapon ever created in the world and that’s the senators’ own statement. So yes, I do stand on that.”

In The “Are You Kidding Me Department” by Mitch Santell

The moment I started to read all of this, I realized that my decision to dump my FaceBook account was the right decision over 90 days ago now.

Mark Zuckerberg, Happy Father’s Day, you are an amazing front man. You were a devious spy to all of your competitors which you used to your favor. It will be interesting to see if you are taken down, but I don’t think so. American Intelligence Media organized the Zuckerberg Dossier and has given their permission to share this information with you our dear readers and followers. The version presented here has been edited to save and yes I have a link to the original text.

Mark Zuckerberg, and all of us who were there from the beginning, are lying to you and using your personal life as a government-controlled experiment in brain-washing and mind-control – basically a weaponized system of the military (CIA especially) that got out of control. At this point, Mark Zuckerberg has lost control of a company that he never really owned or operated. Truly, anyone who has ever worked with Mark knows that his mind is a blank and that he is nothing more than a parrot for the government handlers who created him. Mark is incapable of running a McDonald’s, let alone one of the most powerful companies in the world. Not even his name is real and his identity has always been covered up. Mark was chosen as child for a CIA training program because his relatives were some of the people creating the program.

I am not making excuses for Mark, but his choices have not been his own. Yes, he has become an evil sociopath who once believed in his heart-of-heart that if he decided he wanted to be president, all he had to do is say he wanted the job and “Facebook” would deliver the election to him. This is the level of brain-washing Mark is at – he is not in contact with reality.

Mark had no morals, conscience, or shame. He also chased women on Craig’s List and would sometimes just disappear to rendezvous with them. He was like a blank slate that simply echoes whatever was happening in his environment. I loved and hated this aspect of his personality but later found out that he, and his brother and cousin, were all the same way due to the brain-washing programs they were subjected to during high school. If certain people spoke to Mark in person or on the phone, he would drop everything and do whatever they told him to do. Certain people had more power and effect over him. I eventually found out, from Mark breaking down and crying, that the brain-washing was permanent and was all part of the “position” these people had promised to create for Mark. He didn’t even know what this “position” was or entailed. 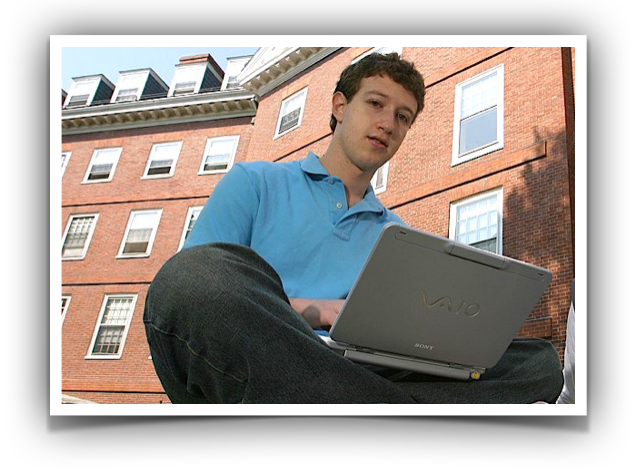 You see, Mark could never be faithful to anyone but he loved men more than women. He actually used to hate all women. So, Mark cheated and would want to bring the new “boy” home to me to join in. I was never into that like Mark was. He was abusive but would never admit it, especially to young boys. Eventually, there were three of us that remained lovers with Mark.

Mark always had panic attacks and would break down frequently due to the brain-washing – according to Mark. He would cry about his mother and the “torture” she let “them” do to him. At those times, Mark’s mouth ran on open and he would tell his bed-partners about all the pain and horrible plans these “evil people” did to him. Early on, his doubts and fears almost consumed him at night and he could hardly sleep due to nightmares.

Mark Greenberg (Zuckerberg) did not write one single line of programming source code for Facebook. Those are lies and propaganda generated by his government, military handlers. Everyone knows that the Winkelvoss twins (Aaron and Cameron) won a $65 million dollar lawsuit settlement against Mark because they knew that their little HarvardConnection (HC) piece was just adjunct code attached to the original stolen source code – which was given to Mark by Professor James Chandler and IBM. That $65 million bit of dirty knowledge was pretty profitable for a couple of cute Harvard Crew rower jocks with no interest in me.

Mark simply had others adjust the code into what was a government-sponsored military weaponization of a cyber-warfare project directed by the President of Harvard, Larry Summers. Even Summer’s himself had his own budding student and staff directory being developed by the Harvard computer staff called “Facebook.” Mark didn’t even create the name!

The Winkelvoss twins had developed their own version in the competition for the government contract, HC, that they changed to ConnectU. Aaron Greenspan was developing  HOUSE System, and Paul Ceglia was working with Mark to modify his StreetFax software into a Facebook too. Mark developed nothing. Absolutely nothing. Even the famous “hacking” of the Harvard systems was not done by Mark himself. Mark was the middleman for those who were the overseers of the “big project”, as it was called.

From the president of Harvard, to the “PayPal Mafia”, National Venture Capital Association, In-Q-Tel, DARPA, NSA, CIA, DIA, to the worst patent thieves in America: James Chandler, Hillary Clinton, David Kappos, Robert Mueller and the rest of the Big-Tech group. Mark is just like the other fake front-men chosen to represent the numerous other social media companies.

I believe now, since Mark was well-aware of the evil intentions of the government, that he has committed crimes of many types with the clear, pre-meditated intention of harming every user of Facebook. That is why Mark let Facebook be used to manipulate elections, he has no moral core. I personally saw the “template” that Hillary ordered that uses Facebook to manipulate voters to win elections for her. Given the amount of election interference by Big-Tech in 2016, I became a reluctant believer in miracles.

Once again, the use of taxpayer dollars goes to private corporations run by stooges and controlled by non-Americans. Yes, I just called Mark a stooge because he actually has no clue what he is doing – at all. Just ask him to write a simple program in any code he would like – he can’t, he is a fraud and always was.

Parting Comment: Everything that you watched in the hit Hollywood Movie “The Social Network” was real. It is true that Mark Zuckerberg was ripping off everyone else’s idea and they put it in the movie. My feedback to you? Get the hell off of FaceBook!

Absolute Truth from the Word of God

JESUS HAS EVERY ANSWER

I am harder than any alcohol you can think...!!!

The Chawed Rosin
Swallowing The Camel

The latest news on WordPress.com and the WordPress community.

Surviving Motherhood One Cup of Coffee At A Time

I dont have the answers, just a lot of questions.

A Crack in the Pavement

Only you can change your life. Never underestimate your power to change yourself.

The Art of Blogging

Pop Culture for the Mainstream and Underground